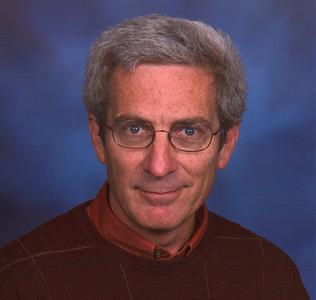 I am an illustrator. I have illustrated over twenty books for children.  My clients include the National Geographic Society, NASA, Disney Entertainment, Intervisual, Nintendo, Time, Random House, Alaska Airlines, Sears, and Scientific American. I studied studio art at the University of California, Berkeley and illustration at Art Center in Pasadena, California.

My second book, Outbreak: Plagues That Changed History was called   "pleasantly lurid" and “irksomely left-wing” by the Wall Street Journal, and "the stuff of nightmares" by the Denver Post.   Outbreak was chosen as the "cover of the week" by Publisher's Weekly, was listed as one of the best books of 2006 by the New York Public Library. It is included in Nancy Pearl's list of best children's books, Book Crush. Both books have been translated into Korean.

My third book, The Genius of Islam: How Muslims Made the Modern World, was published by Knopf in 2011 with an Arabic edition in 2012 and an Indonesian edition in 2017.  The Genius of Islam was selected in 2012 as the top non-fiction book for youth by the United States Middle East Outreach Council and was selected for the master list of notable books by the Children’s Book Council and the National Council for Social Studies.

My fourth book, The New Ocean: The Fate of Life in a Changing Sea, was published by Knopf in 2017. In a starred review, Publishers Weekly said, "...his thought-provoking and often alarming message, wrapped in stunning marine images, may indeed spur some to action," while School Library Journal called it "mesmerizing."

My original paintings for Outbreak were exhibited at the Smithsonian’s Global Health Odyssey Museum at the Centers for Disease Control and Prevention in Atlanta, the National Museum of Health and Medicine in Washington, DC and the Port Angeles Fine Arts Center, in Port Angeles, Washington. My paintings for the NASA Art Program are in the permanent collection of the National Air and Space Museum in Washington DC.

I am a public artist. I have designed and painted over 200 feet of murals for lobbies at the Janet Sinegal and Melinda Gates buildings at Children’s Hospital in Seattle.  The murals were featured on the cover of HealthCare Design magazine and in Health Care Facilities Management. In 2010 I designed windows for the Domestic Violence Court at King County Courthouse in Seattle. In 2011, selected from 194 applicants, I painted a suite of murals for the Beaverton City Library in Beaverton, Oregon.

I am a lecturer.  I have been a guest lecturer and featured speaker at schools, colleges, libraries, museums, conventions, mosques and World Affairs Councils across North America, and over 35 international schools in Asia, the Middle East and Europe.

I grew up in Laguna Beach, California. My mother, Elaine is an actress and writer. My father, Ernest, was an aeronautical engineer for Boeing, Northrop and Hughes. He specialized in satellites and radar.  I have two children, Wynn and Parks. I live in Friday Harbor, Washington and Singapore.